Sea Lavender is a Beautiful Native 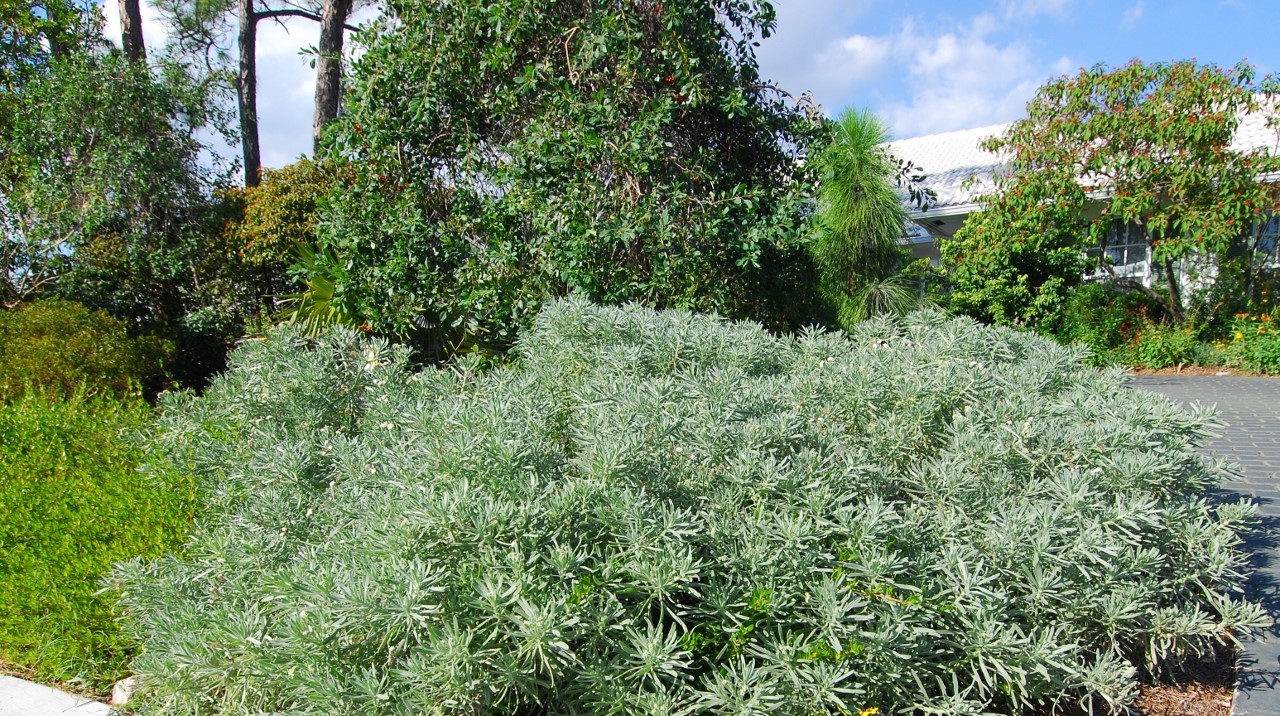 The Sea-lavender (Tournefortia gnaphalodes) is a beautiful south Florida native found along beaches and sand dunes. This species is on Florida’s endangered species list due to development of coastal areas. This unique plant can grow several feet in height, though in most cases it would be kept at a couple of feet in height due to its mounding/sprawling growth habit.

Sea Lavender is ideal for stabilizing coastal dunes by trapping sand in its roots. Sea lavender is characterized by its silver foliage that is covered in small grey hairs, with its overall appearance similar to that of lavender or rosemary. This native plant flowers throughout the year producing small clusters of white flowers. Sea lavender is able to be propagated by cutting, ground-layering, or by seed.

This species is highly tolerant of salty beach soil and salt spray as it is primarily used to reduce erosion on dune beaches. Companion plants such as dune sunflower and railroad vine are used in similar applications along the coast. Once established, this species is highly drought tolerant and does not need fertilization. Root rot is the biggest concern with this species so making sure to reduce irrigation during the wetter months is key.

R.S. Walsh In The Garden Supports The United Way Through February