The Seagrape Plays an Important Role in the Ecosystem 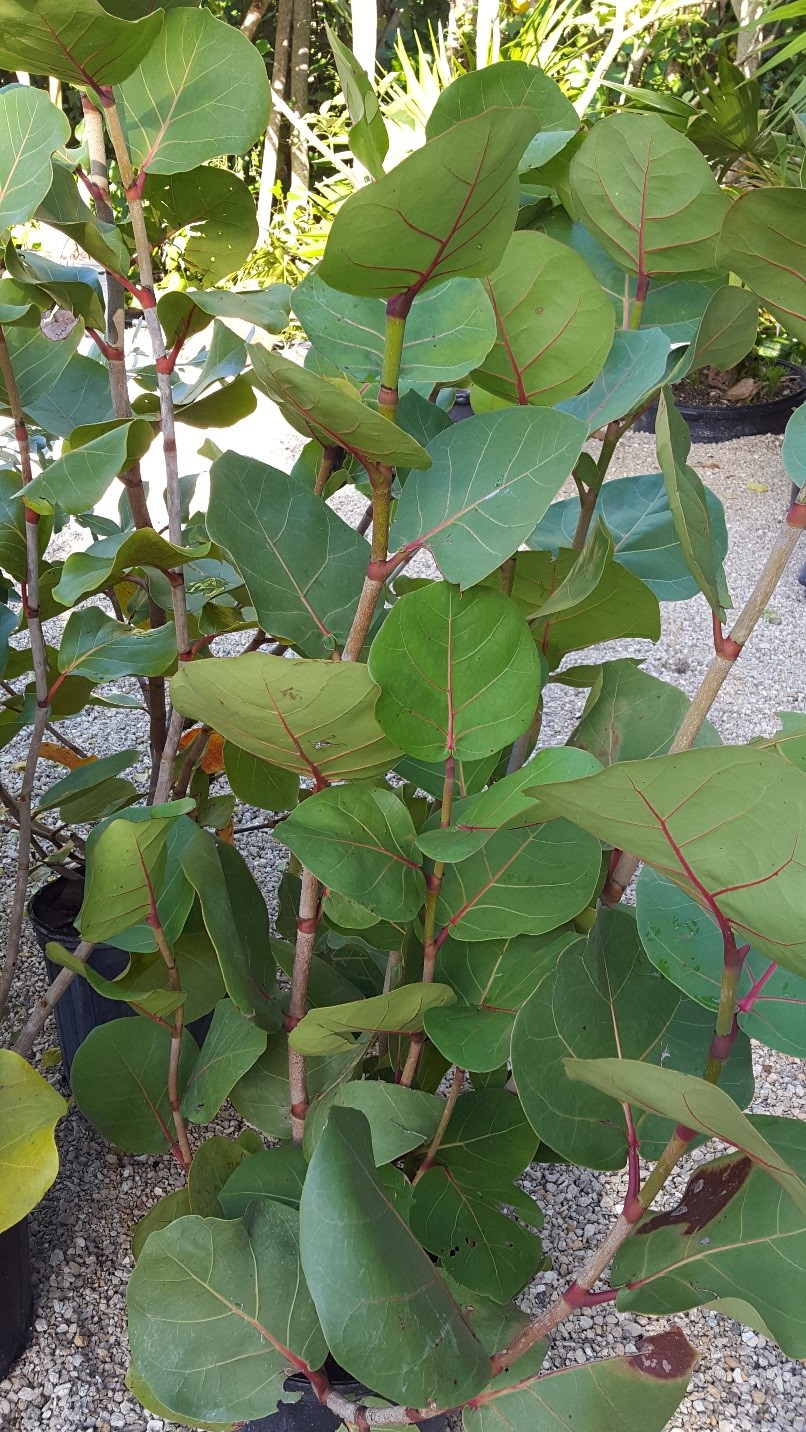 Seagrape (Coccolabil unifera) is a member of the buckwheat family as odd as that sounds.  To us, it’s a stalwart native shrub with evergreen, leathery leaves, fragrant flowers and edible fruit that do resemble grapes.  This native species is found through south Florida and plays a very important role in the ecosystems it resides in.

The Seagrape can be found along beaches and coastal regions ranging from Argentina to Central America, and from Florida to the West Indies as well as in other areas with warm climates.  Considered a small tree, this species can reach up to 30 feet in height.  This plant prefers full to partial sun and does best in zone 10.  The Seagrape is salt tolerant and drought tolerant which makes it an ideal plant for minimal maintenance throughout the year.  Along the coast, this plant is vital in preventing erosion to the sand dunes and beaches, especially on barrier islands.  Many native birds such as white-crowned pigeons, scaly-naped pigeons, parrots, woodpeckers, mockingbirds, thrashers and catbirds all rely on this plant for nutrition and habitat.  This plant is used as a hedge and as a tree in streetscapes throughout the tropics due to its ability to withstand salt and lack of water.  Trimmed up as a tree can give it almost a large bonsai look with its twisted, tangled main branches.

The sap of the Seagrape is used in the West Indies and Jamaica for dyeing and tanning leather. The fruit itself, though tougher than ordinary grapes has one large seed in the middle and in the late summer, female shrubs product clusters of fruit that resemble grapes that start out green and ripen to purple with time.  There is no way to differentiate between male and female plants but the female plant requires a nearby male to cross-pollinate and produce fruit.  Unlike normal grapes, Seagrapes will ripen a few times a year.

The fruit of the Seagrape is often considered very tart when eaten raw but you can make a very nice jelly or juice from the grapes, making them much sweeter and palatable.  Early settlers on Sanibel and Captiva islands did just that and have passed down recipes in their families.  In fact, you can still find Seagrape jelly for sale seasonally in some specialty shops.  The fruit can also be made into a very delicious dessert wine for braver souls.

Benefiting people and animals alike, this Florida native is a vital part of the local ecosystem that has many direct and indirect benefits to the quality of life we cherish living in Southwest Florida.

Blue Porterweed is a Butterfly Attractant